Chris and I  rocked up to Simon's pad for my first gaming in ages. (Woot!) Simon had planned a Frostgrave dust up and it looks as cool as it reads. Very reminiscent of 1st edition D&D (white box) in look, but with a faster, more modern, and opposed resolution system. I will have to rewrite my list and give it a go with some suspiciously, Bulgar, Slav and Viking looking characters...

This was to be my first try at the new rules. Played 1" equals 1cm on a 4x6' table.
These rules are very familiar to any Flames player of course. The point buying is quite different in numbers but the scheme is the same, one core unit then pick from available supports.
We chatted about when the other armies would become available. My opponent Che was keen for Dutch, others are waiting on Brits and Germans of course.

No infantry. Which is a bummer for Che as we roll No Retreat for a scenario.
Che must leave a M1 platoon off table, the other is in ambush. Which leaves a thin line of M113 variants and two M1's defending Germany from the horde.

I use Spearhead from my Recce platoon to push up our tank battalions past the halfway mark. Very cool rule, reminiscent of the Chain of Command patrolling phase. IMHO a good way to represent the work of reconnaissance units.
I open up with four Hinds, provoking defensive AAA from the Vulcan's. He bags two Hinds.
Our return fire kills an M1. Then our lead tank company takes out a single track and bails another. My recce BMP's fail to hit with their two AT5 shots.
Che retaliates by trying to get his reinforcements or air on station, both refuse. Settles for shooting down another Hind! Pops his ambush M1 tank platoon behind my second tank company on my right flank, 8 shots to the flank of my T72's, kills three!
Not enough to make us blink yet. They wheel around to blast the M1's off of OUR objective.
Remember who is rolling here, I also use two recce BMPs, my CO's T72 as well as moving my Hind over, away from those nasty M163's! After all of the shooting we have killed one and bailed one...


Che gets air finally! It rolls in on the lead T72's after they had finished feasting on his M163 platoon. We have no AAA nearby, they were all looking fearfully at the M1 behind the hedge that everybody had been shooting at and somehow surviving.
The A10's roll in and get one kill and one bail after using Mavericks and 3cm GAU. Lucky me!

Now facing the front of my second T72 company three M1's only get a single kill.

Again concentrating everything on this bloody M1 platoon we eventually finish them off.

Fun game Che! Che could really have used some dismounted infantry in that central wood. We were both pretty rusty and relied on Pooch to referee. We both got our reminders of FoW's coarse die rolling with some weird results here and there. Of course the assumption in this game as well as our EPIC games in the past the Soviet vehicles actually ran and were assembled to spec. (Unlike many examples in real life!) Also ranges seemed short from what I was used to, we will tweak perhaps as we just went with a 1cm = 1" conversion. I will play again and for the moment can't afford to invest in BF 15mm vehicles so my small collection of GHQ will stand in nicely.
Sorry for the few crummy pictures.
Here is a link to our modern games from a few years ago using EPIC as a base.
Posted by bikewrench at 13:27 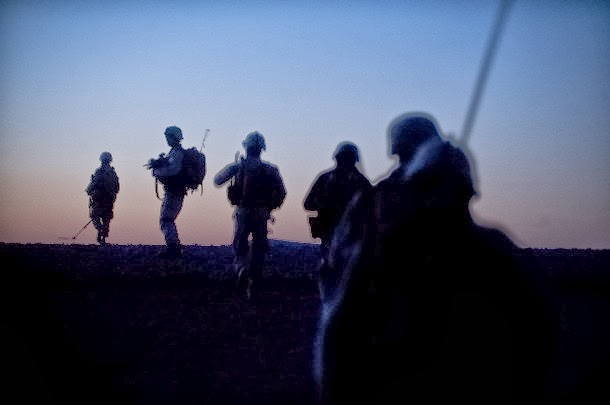